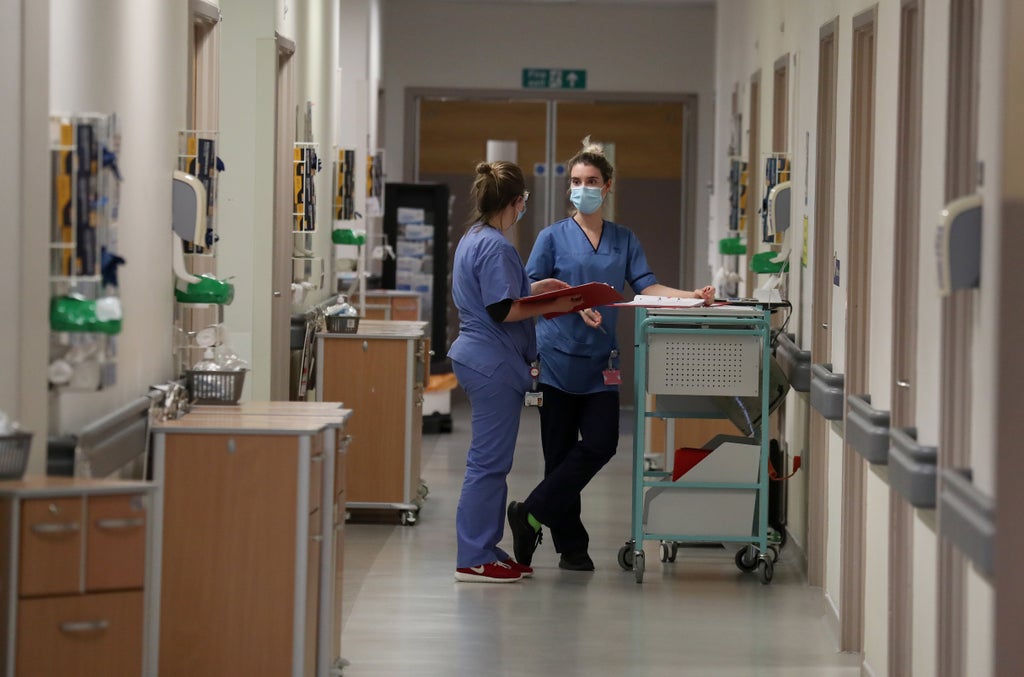 record 5,025 people had to wait more than 12 hours to be treated in A&Es in England last month as delays reached a record high, NHS England said.

The figures released on Thursday come as the health service struggles to deal with a huge backlog in treatment caused by the Covid pandemic.

It was revealed that 75 per cent of patients were seen within four hours in all A&E departments in September – the worst performance on record.

Meanwhile, the number of people waiting for routine NHS hospital treatment in England has hit its highest level since records began.

The latest figures show that there were 5.7 million patients still waiting to start treatment at the end of August.

Professor Stephen Powis, NHS national medical director said: “There is no doubt the NHS is running hot, with the highest ever number of patients seen in A&E in September, 14-times as many Covid patients in hospital compared to the same month last year and record 999 ambulance calls.

“But despite the busiest September on record, NHS staff have moved heaven and earth to make the best possible use of additional investment delivering millions more tests, checks, treatments and operations.”

The figures come as a poll for the Royal College of Physicians (RCP) found that one in three doctors do not believe the NHS is prepared for the challenges of the winter period.

In the new RCP poll of more than 800 doctors, 27 per cent said they were personally unprepared, and almost two thirds said they were feeling tired or exhausted.

Speaking at a RCP press conference on Thursday, England’s chief medical officer Professor Chris Whitty claimed the winter would be “exceptionally difficult” for the health service even if Covid hospitalisations remained stable.

Prof Whitty said: “The winter as a whole, I regret to say, is going to be exceptionally difficult for the NHS and general practice is going to be absolutely at the forefront of this, unfortunately.

“That is irrespective of whether we have a relatively low but non trivial amount of Covid, or whether we actually have a further surge in the winter.”

It comes as Sajid Javid, the health secretary, visited a doctor’s surgery in south-east London to speak to GPs following the publication of the Government’s blueprint for improving access to GP appointments for patients.

What is it and what lines stay open? – The Sun

UK Covid news: Offices to close and masks to return if cases spike