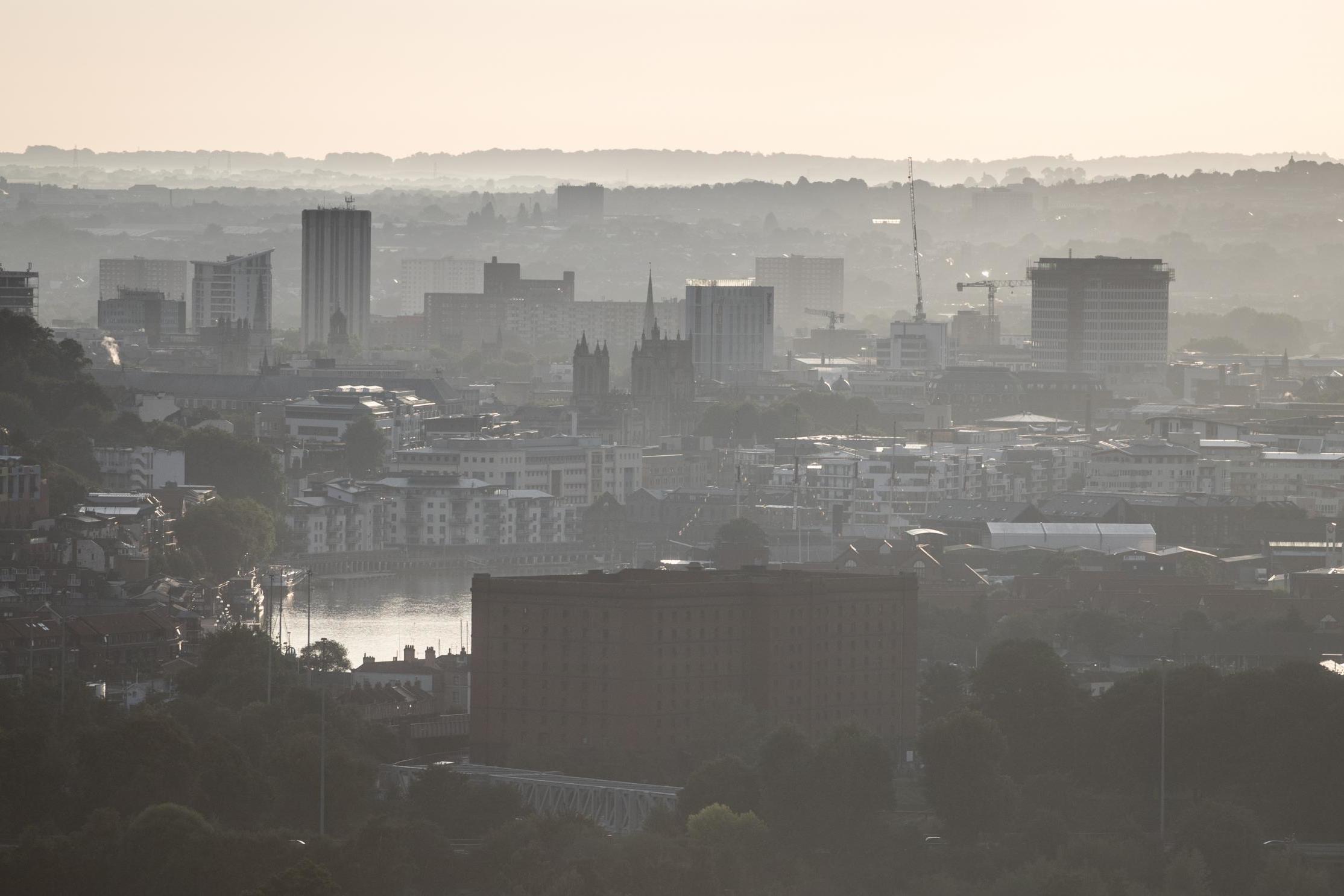 Bristol is implementing a series of measures that the city’s mayor described as “Tier 1 plus” to reduce the spread of coronavirus.

Marvin Rees described the situation in the city as “challenging”, with 1,579 cases reported over the past seven days and a rate of 340.7 cases per 100,000 people in the city.

He told a press conference that the area’s rate had historically been below the England average, which is currently 222.8 cases per 100,000 people.

Mr Rees said the city was taking a “Tier 1 plus” approach, which meant remaining in Tier 1 – the medium Covid-19 alert level – but taking targeted actions to “stem the spread” of coronavirus.

As part of this, eight Covid marshals will be introduced and deeper analytic work will take place to identify “rising tides of cases”, Mr Rees said.

The city council will also take on “further powers” of its local test and trace service.

“Any further actions will be based on what we’re seeing locally, and through discussion with our local partners across the city and central Government,” Mr Rees said.

“It is vital that we all work together to keep to behaviours to stop the spread of the virus; stick to the ‘Rule of Six’ with those not in your household or support bubble both in indoor and outdoor settings, maintain social distancing and wear a face covering when indoors in mandatory settings.”

If the measures do not work, the city will move into Tier 2 or 3, Mr Rees said.

The council is working to establish what sort of financial package would be required from the government if that took place.

Mr Rees said the situation was developing “incredibly quickly”, adding that it could be a “matter of days” before a decision had to be made on moving into a different tier.

Whole of Nottinghamshire to enter Tier 3 from Friday

Christina Gray, director of public health for Bristol, said it would take around two to three weeks for the effects of the intervention to be seen.

“We are in a very, very critical place – I can’t emphasise that enough,” Ms Gray said.

She told the press conference that the city was trying to “balance the harms from the virus” as well as the effect of measures to control it on jobs, education and mental health.

Analysis found that Bristol’s transmission rate is significantly higher than that of other regions when they were placed in Tier 2 restrictions.

Staffordshire County Council has warned that Tier 2 measures could come into force as soon as this weekend, despite the fact the case rate is currently 280 cases per 100,000 head of population, according to data.

The Department of Health and Social Care said: “There are three local Covid alert levels which are enshrined in law and we are not considering the introduction of a ‘plus’ system.

“Bristol is currently at medium and local leaders have the authority to bring in some additional measures for their area and we welcome local efforts to break chains of transmission.”

Just graduated? Does it make you feel like a grown up?