The severe acute respiratory syndrome coronavirus 2 (SARS-CoV-2) was first identified in Wuhan, China, in December 2019. As of November 24, 2021, SARS-CoV-2 has infected more than 259 million people and caused more than 5.19 million deaths worldwide.

At present, vaccines are the primary preventative measure that can be taken to protect individuals against coronavirus disease 2019 (COVID-19). However, due to the emergence of SARS-CoV-2 variants, vaccine effectiveness has been threatened. Therefore, there remains an urgent need to develop easily usable, effective, and affordable prophylactics and treatment options.

Since the pathogenesis of SARS-CoV-2 starts at the nasal cavity and rhinopharynx, many researchers believe that nasal sprays with antiviral properties may be an effective option to attack the virus and reduce the viral load. 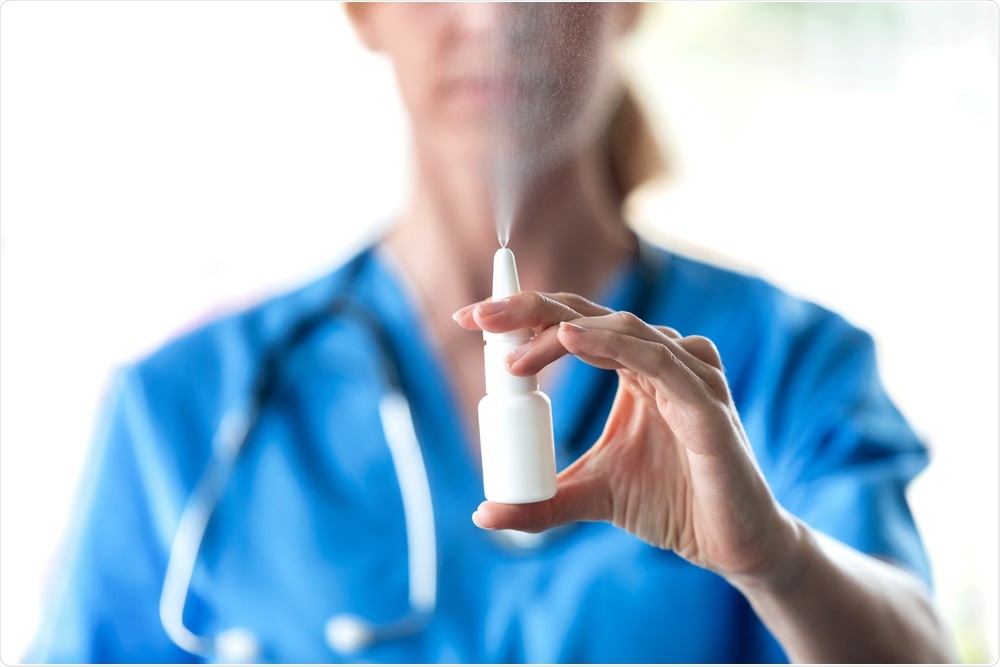 Previous studies have suggested that the use of nasal sprays containing iota-carrageenan, as this compound is already being used in many countries for treating coronaviruses that cause the common cold. Due to its widespread use in many parts of the world, iota-carrageenan is safe in both adults and children and has proven to be effective in reducing clinical symptoms and viral load in the nasal cavity.

Xylitol is generally used in otorhinolaryngology in the form of an antibacterial nasal spray for treating rhinosinusitis and preventing otitis media. Xylitol has demonstrated antiviral properties both in vitro and in vivo against the syncytial virus.

Pre-clinical studies using both iota-carrageenan and xylitol have shown no systemic toxicity, immunotoxicity, or immunogenicity. Both of these compounds appear to be well tolerated in humans and are already in clinical use for other infections.

Taken together, the researchers investigated three different formulations including 50 mg/mL xylitol and 9 mg/mL sodium chloride, 50mg/mL xylitol and 5 mg/mL sodium chloride, and xylitol without any electrolytes. Each of the three sample formulations was investigated in a dose-dependent manner based on varying concentrations of iota-carrageenan ranging from 600 μg/mL to 0.6 μg/mL. The outcomes of the study were determined by calculating virus titers after treatment with each developed formulation for each concentration of iota-carrageenan.

When SARS-CoV-2 samples were treated with varying concentrations of iota-carrageenan alone, the researchers found significant reductions in virus titers at all doses. Surprisingly, xylitol was also found to exhibit anti-viral properties alone as well. Notably, all combination treatments with both iota-carrageenan and xylitol resulted in viral titers that were below the limit of detection.

The findings of the study provided evidence that iota-carrageenan can inhibit SARS-CoV-2 in vitro. Thus, the researchers believe that their findings, along with previous studies reporting the anti-viral activity of iota-carrageenan, can support the development of a nasal spray using this compound in the treatment of COVID-19.

Although xylitol alone appeared to exhibit antiviral effects against SARS-CoV-2, further work will need to be conducted to better understand the antiviral potential of combination treatment using both iota-carrageenan and xylitol.