Could rotavirus vaccine platforms aid in the immunization campaign against SARS-CoV-2?


Rotavirus is a common diarrheal disease that affects young children. Live oral rotavirus vaccines have been used to reduce its incidence in many countries. However, with the onset of the coronavirus disease 2019 (COVID-19) pandemic, and amid focus on vaccines as the only definitive method of durable control, a new study describes the possibility of producing a combined vaccine against both infections.

The study began with the generation of recombinant (r)SA11 rotaviruses, into which segment 7 modified RNAs were introduced. These encoded sequences for the non-structural protein NSP3 and some parts of the viral spike. 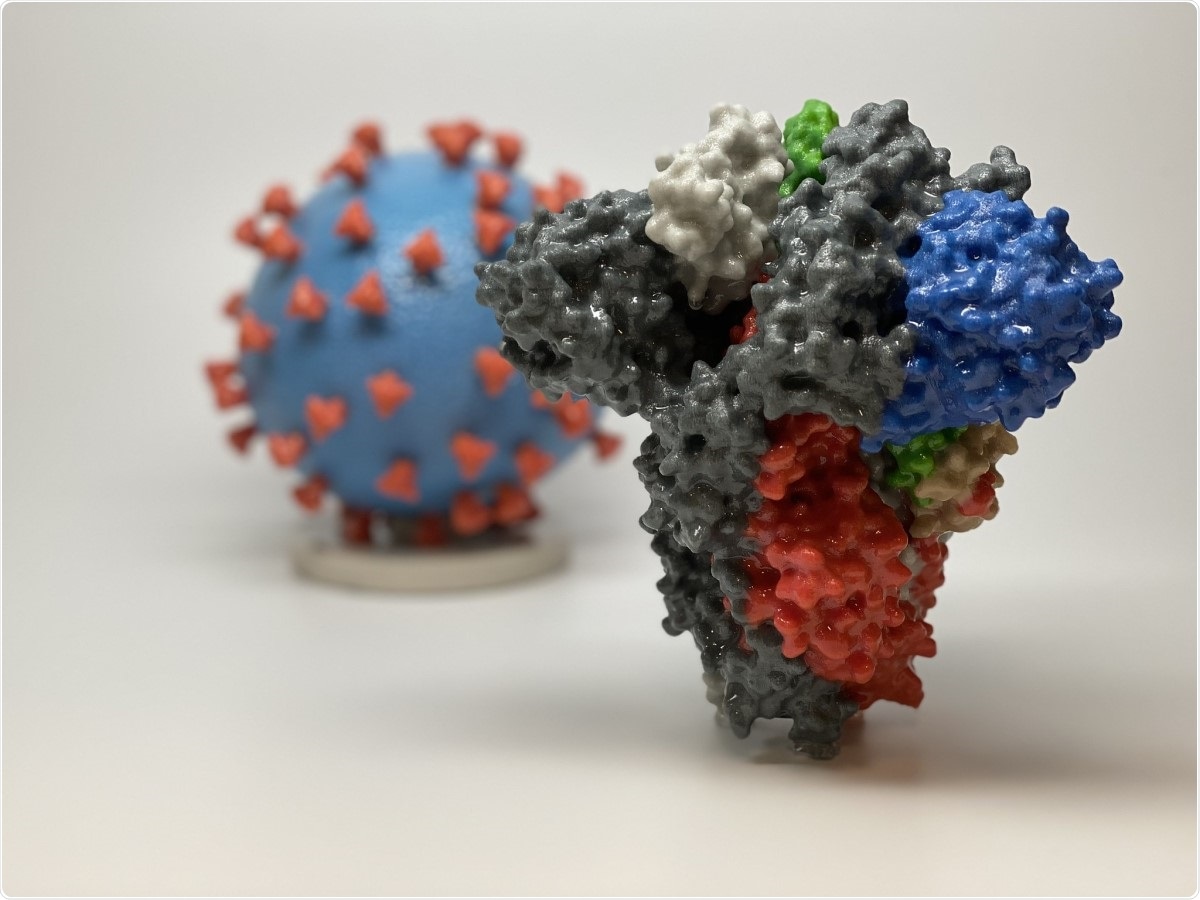 The research team, from Indiana University in the U.S., has released their findings on the bioRxiv* preprint server.

The rotavirus genome comprises 11 double-stranded RNA segments, with a total size of about 19 kb. Using reverse genetics, recombinant rotaviruses of species A have been created. Each of these is assembled from eleven separately transcribed RNAs produced by transfecting the transcription vectors into the right cell lines – BHK-T7.

In group A rotaviruses, the segment 7 of the genome encodes NSP3, which is a translation enhancer of viral positive-sense RNAs, expressed moderately in cells following infection. Earlier, this was shown to be susceptible to modification using reverse genetics, whereby two separate proteins could be expressed by this open reading frame (ORF).

The expression of NSP3 along with one or more fluorescent tags allows the expression of a foreign protein, while NSP3 remains a functional, stable dimerizing product. This has allowed live-cell imaging, thus advancing knowledge of rotavirus behavior in an infected cell.

The current study explored the expression of portions of the SARS-CoV-2 spike by the modified NSP3 ORF in segment 7. They found that they could express parts of the S1 and S2 spike subunits.

This includes the S1 N-terminal domain (NTD) or the receptor-binding domain (RBD) and the S2 fusion domains that mediate viral-membrane fusion following virus-host cell attachment at the angiotensin-converting enzyme 2 (ACE2) receptor. The Spike-expressing rotavirus remains capable of robust growth and is stable genetically.

The recombinant rotavirus containing a cassette of foreign genetic material encoding the NSP3 ORF, a translational element responsible for translating this inserted gene, and the gene encoding the spike protein.

A set of viral vectors was thus generated, all of which contained SARS-CoV-2 coding sequences for the spike S1 subunit, the NTD, the RBD, extended RBD, and the S2 core region that contains its fusion domain.

This is the largest genome known to exist within a rotavirus isolate and demonstrates the capacity of rotavirus to replicate and package large amounts of foreign sequence.” This was confirmed by density studies.

The rSA11/NSP3-CoV2/S viruses produced smaller plaques and lower viral titers in cell culture than the wildtype, perhaps because the RNA elongation time required for transcription of the segment 7 dsRNAs is increased during the replication of the virus, or the longer translation time to synthesize proteins encoded from these RNAs.

The coding sequences encoding the NTD, the extended RBD, the RBD, and the core region of the S2 subunit, were all translated. The highest titer was for the extended RBD for reasons unknown. However, this may indicate the suitability of the viral vector encoding this spike portion for the development of a combined SARS-CoV-2-rotavirus vaccine.

Both the extended RBD and the RBD were detected at higher levels following infection of cells with the corresponding vectors, indicating that these protein products are relatively stable.

The S1 subunit was not detected, either because of the removal of the upstream FLAG tag from the S1 protein, or because the S1 was degraded or glycosylated or both, by protease enzymes in the host cell endoplasmic reticulum (ER).

Another explanation may lie in the known propensity of the rotavirus to hijack and modify ER function for its own use, thus preventing S1 synthesis.

Passaging of the recombinant viral vectors encoding the NSP3 ORF with the NTD, RBD, extended RBD, or the extended core region of S2 showed their genetic stability after five passages.

However, the serial passaging of the S1-encoding virus vector led to the emergence of variants that contained the complete NSP3 encoding segments but had deletions of 1, 1.5, or 1.8 kb of the S1 gene. Six of eight variants had 1.8 kb deletions, indicating these could have a growth advantage. Also, the NSP3 may be central to viral replication.

The ability to generate recombinant rotaviruses that express separate portions of the spike protein of the SARS-CoV-2 virus, including the immunodominant RBD, shows the potential for their development as vaccine vectors. This may result in live attenuated viral vaccines for combined immunization against both rotavirus and SARS-CoV-2.

Designed for use in infancy or early childhood, these would allow extensive vaccination of the population against COVID-19 using a piggybacking approach with already established vaccination programs. This platform could be adapted to other viruses that establish intestinal infection as well, including hepatitis E and norovirus.

Further work is necessary to understand the failure to express the S1 subunit, as well as to measure the neutralizing efficacy of these rotavirus vectors against SARS-CoV-2 in vivo.