Covid jab rollout for teenagers must be speeded up, scientist says 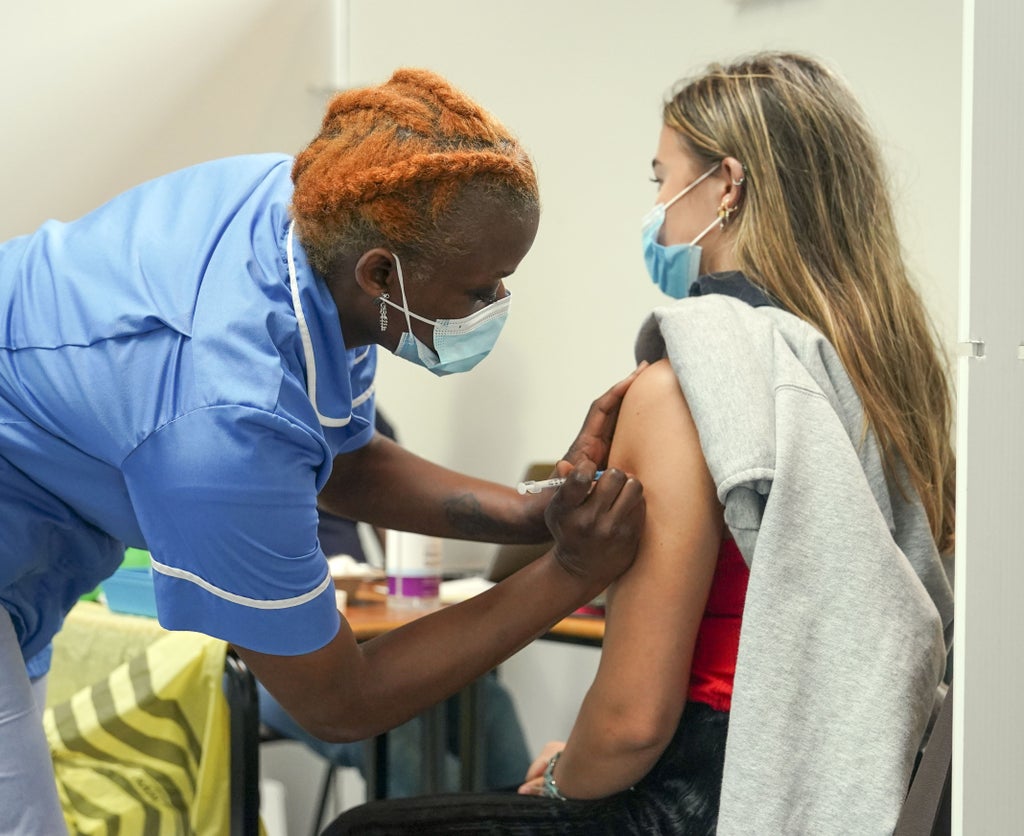 ore must be done to speed up Covid-19 vaccinations for children and ramp up the booster campaign, a leading scientist has said.

Professor Neil Ferguson said the Government should be “less cautious” about offering second jabs to youngsters.

Prof Ferguson, a member of the Scientific Advisory Group for Emergencies (Sage) also called for the booster campaign to be rolled out “more aggressively”, warning that some vulnerable groups could be waiting until February for their third vaccine.

Vaccination experts advising ministers have said that most people who are being offered a booster should not get their jab until at least six months after they received their second jab.

But Prof Ferguson, from Imperial College London, said he believed that data supported getting the third jab after a four-month interval.

The Joint Committee on Vaccination and Immunisation (JCVI) has also been reluctant to set a date for when children should get their second dose of the vaccine.

But Prof Ferguson said that the UK should be “a little less cautious” in this field, adding that just one dose of vaccine will have a “a really minor impact on transmission”.

Prof Ferguson, whose modelling was instrumental to the UK going into lockdown in March 2020, told a meeting of the All-Party Parliamentary Group on Coronavirus: “Vaccine strategy has been quite cautious in recent months, and we are only rolling out booster doses to those over 50 – basically in exactly the same order as we did the first two doses, starting from the oldest in society and the clinically extremely vulnerable.

“And nobody will get a booster dose sooner than six months after their second dose. What that’s going to mean is most of the booster doses are going to be coming out from late this month through till about January, February of next year.”

“And we need to be a little less cautious in accelerating second-dose rollout in teenagers, where possible, because we know that one dose of these vaccines against (the) Delta (variant) has a really minor impact on transmission.

“It is only after two doses and we start seeing a significant impact.

“I’m of the view that the data supports that vaccines do benefit young people directly in reducing their very low risk of infection – and that that benefit outweighs the very rare side effects, partly because Covid probably causes those same conditions itself and all young people will get infected with Covid if they’re not vaccinated.

“But we need to accelerate those second doses coming into the population.”

Prof Ferguson added: “I’d like to see us be a little bit more, probably, aggressive, in rolling out booster doses as well

“And I think the data supports that not just after six months, probably four months after the second dose, you’ll still get a very big effect of booster doses.”

Nurse Fired After Posting Photo of Baby With Birth Defect