As COVID-19 continues to devastate much of India, a group of international researchers led by Monash University have developed an oxygen conversion unit that can be built from local materials, enabling doctors to provide life-saving oxygen treatment. 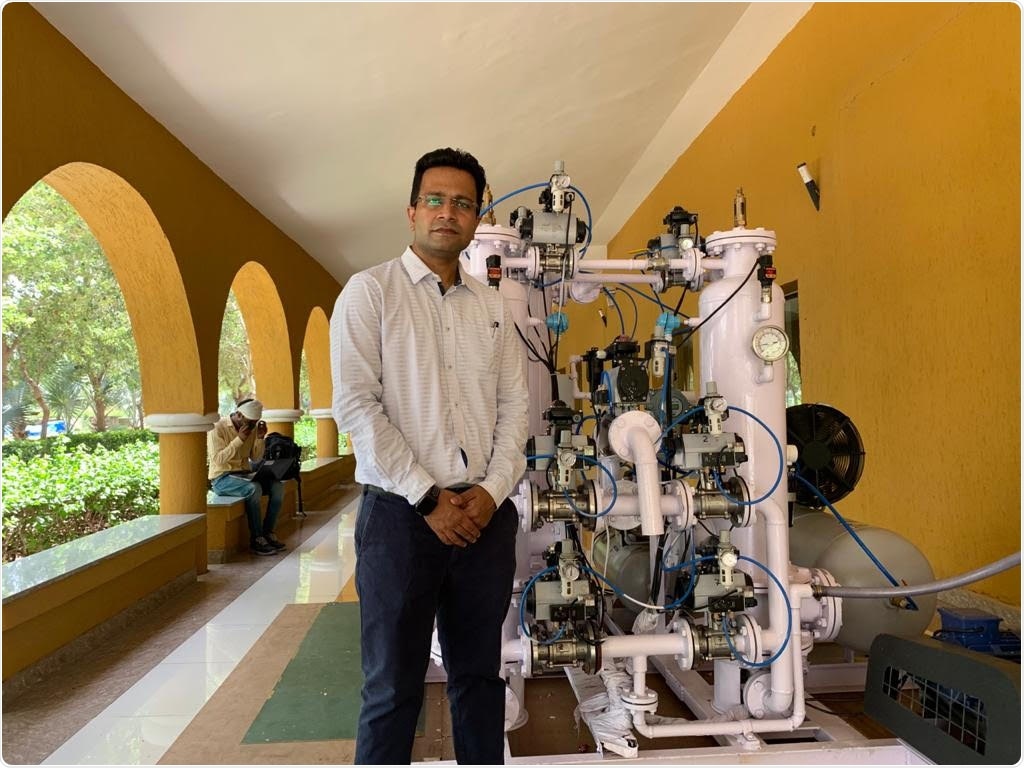 Due to the large numbers of COVID-19 cases in India, the supply of oxygen tanks has not been able to keep up with demand.

Oxygen conversion units strip the nitrogen from the atmosphere, leaving the oxygen gas behind. India has the capacity to produce liquid oxygen, however providing it for medical use has been difficult to sustain as it needs to be transported on refrigerated tracks, which are in short supply.

Professor Paul Webley, from Monash University’s Department of Chemical Engineering, recognized the need for an urgent, low-cost solution and designed an oxygen conversion unit that can be built from materials found at local Indian hardware stores.

Any technician with the unit’s design specifications would be able to build it from scratch, load it onto the back of a truck and take it to village hospitals to help patients suffering from COVID-19. The unit is also easy to repair, tough, relatively cheap to make and able to run on a diesel generator.

“The conversion unit which we’ve developed has the capacity to produce oxygen on the spot, wherever it is required. When I saw the catastrophe unfolding in India, I just knew that I needed to do something,” said Professor Webley.

After three months of virtual collaboration, Dr Bhatalia built a small test unit in Perth, and Professor Dr Abhishek Sharma assembled a larger production version at Manipul University, Jaipur where testing is now underway. The original design by Professor Webley was slightly adapted to suit the materials that were readily available in Jaipur.

“We’re currently in the process of ensuring the oxygen purity is sufficient. We’re currently getting about 70 per cent purity and our aim is to get this up to 90 per cent. The team and I are working on changes to make this happen and are confident we’ll be able to do so soon,” said Professor Sharma.

The researchers have been in contact with local hospitals in the area to secure a test site for the unit to see whether it will meet the hospital’s specifications and standards. If these tests prove successful, the researchers will develop more units.

Portable oxygen conversion units already exist for patients with chronic respiratory problems – they can be set up in the home, and are either purchased outright or leased from a hospital.

This particular DIY conversion unit is different because it is designed to supply oxygen to 10, 20 or 30 patients at a time and has been developed specifically in a way that locals can also build the unit from readily available materials.

My main goal was to help Indian engineers do this themselves. Can I teach them how to do this so that they can duplicate them and make thousands and become completely self- sufficient?”.

The only specialist ingredient in the unit is the molecular sieve, a form of silicon, which filters out the nitrogen. However, it is inexpensive and relatively easy for chemical engineers to obtain and purchase.

The oxygen unit produces a similar amount of oxygen to that which would be obtained from an oxygen bottle. The pressure is lower, however, in hospitals patients aren’t breathing in high pressure gas. Instead, it’s an intermediate pressure and some hospitals have advised the researchers that the oxygen obtained from their unit is efficient and compatible to hook up to their existing systems.

The researchers have also approached engineers in Brazil, where oxygen is also desperately needed. The unit could also be adapted for other countries requiring more oxygen units.

The researchers are now looking for collaborators to help promote the design, development and deployment of the technology to India and other countries affected by the pandemic.

Mental distress increases among smokers in England during COVID-19 pandemic

Many US Colleges Will Mandate Vaccines on Campus Next Fall