The currently deployed coronavirus disease 2019 (COVID-19) vaccines are either mRNA or adenovirus vector-based, though several others have been or are in development. Several whole-virion inactivated severe acute respiratory syndrome coronavirus 2 (SARS-CoV-2) vaccines have demonstrated good efficacy in early clinical trials, particularly in combination with an aluminum adjuvant (a substance that gives a stronger immune response), which is more effective than the more commonly used alum adjuvant alone.

In a study uploaded to the preprint server medRxiv*, the efficacy of one such vaccine, termed VLA2001, was determined by giving the vaccine to healthy adult volunteers, which generated a robust immune response with evidence of T-cell activation. 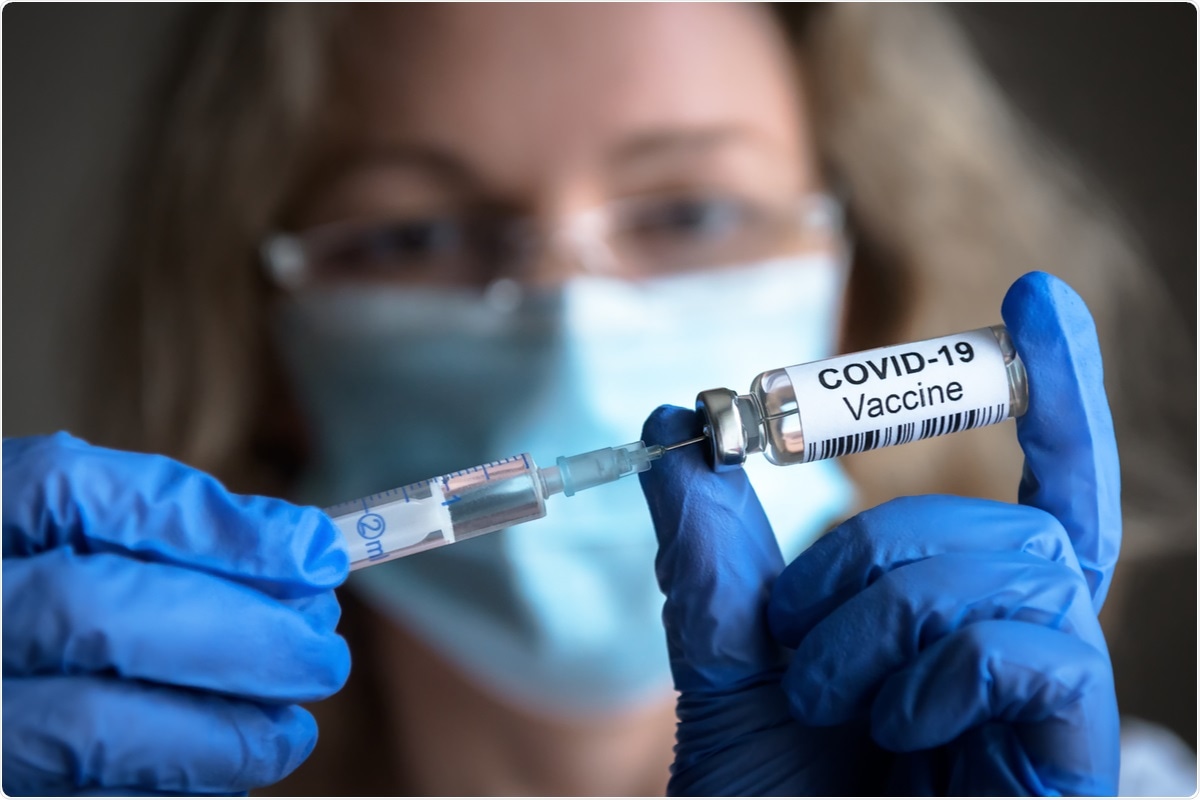 How was the study performed?

The VLA2001 vaccine was formulated with aluminum hydroxide adjuvant and cytosine phospho-guanine, a toll-like receptor 9 agonist that stimulates the production of proinflammatory cytokines. It was distributed to 153 individuals in two doses at three differing dose sizes. Neutralizing antibody titers towards SARS-CoV-2 were measured by neutralization assay towards wild-type virus seven days after each vaccination and two weeks after the final vaccination. IgG against the SARS-CoV-2 spike protein was also measured, along with a measure of interferon-γ secreting T-cells.

As with the currently distributed vaccines, the major side-effects were tenderness at the site of infection, headache, and fatigue, as determined by participant diaries. All adverse effects had cleared by seven days post-vaccination.

The two doses of the vaccine were given three weeks apart. The group noted that only 9% of all participants showed seroconversion two weeks after the first dose. Geometric mean titers (GMT) of SARS-CoV-2 neutralizing antibodies reached their peak two weeks after the second dose, in a manner proportionate to dose size. The low, medium and high dose GMT’s were 161, 222, and 530, respectively. Similarly, seroconversion rates of neutralizing antibodies amongst the participants in these groups were seen to be proportionate to dose size, at 84%, 89.3%, and 100%, respectively.

Anti-spike IgG also rose in a dose-dependent manner, reaching 325 at the low, 691.6 at the medium, and 2147.9 at the high dose, with overall seroconversion rates of 51%, 73.5%, and 90%, respectively. Antigen-specific interferon-γ T-cells reactive towards the spike protein were also found in 76% of participants at the final time point and against the membrane and nucleocapsid in 36% and 49% of participants, respectively.

The group compared the success of the VLA2001 vaccine with the adjuvants utilized in this study to prior clinical trials without adjuvants. Researchers noted that inactivated vaccines adjuvanted with aluminum salts only induce a minimal cellular immune and T-cell response. The cytosine phospho-guanine adjuvant demonstrated the ability to induce an improved T-cell response and is already incorporated into some hepatitis B vaccines for this purpose.

As VLA2001 is a whole inactivated virus vaccine, it induced antigen-specific T-cell responses towards the SARS-CoV-2 spike, membrane, and nucleocapsid proteins, as opposed to just the spike protein as with the currently deployed vaccines. This may prove beneficial in limiting the influence of escape mutants that bear a sufficiently distinct spike protein to evade capture. However, the majority of highly effective antibodies generally target the spike and receptor binding domain anyway. Whole-virus inactivated influenza vaccines are annually modified in this manner to generate a broad spectrum of neutralizing antibodies that better target a yet unknown virus. This may also prove an effective strategy if COVID-19 booster vaccinations become necessary in the future.

The average age of participants in this study was relatively young at 32, and future studies will expand into older age groups that urgently need vaccination. The high dose regimen has been selected for further clinical trials, where the vaccine will be compared with the adenovirus vector-based AstraZeneca vaccine.

Prior studies had established that a three-week interval between doses was superior to two, that a third dose further increased neutralizing antibody titers, and that the aluminum hydroxide adjuvant was superior to alum, and have now demonstrated that the incorporation of the toll-like receptor 9 agonist induces T-cell activation. This study suggests the vaccine is well tolerated in most individuals, and future studies may demonstrate the suitability of this vaccine for wide-scale distribution.

Premier League – Arsenal vs Chelsea: 33/1 odds for either team to win with betting special

Did particulate matter from wildfires cause excess COVID-19 deaths in the US?