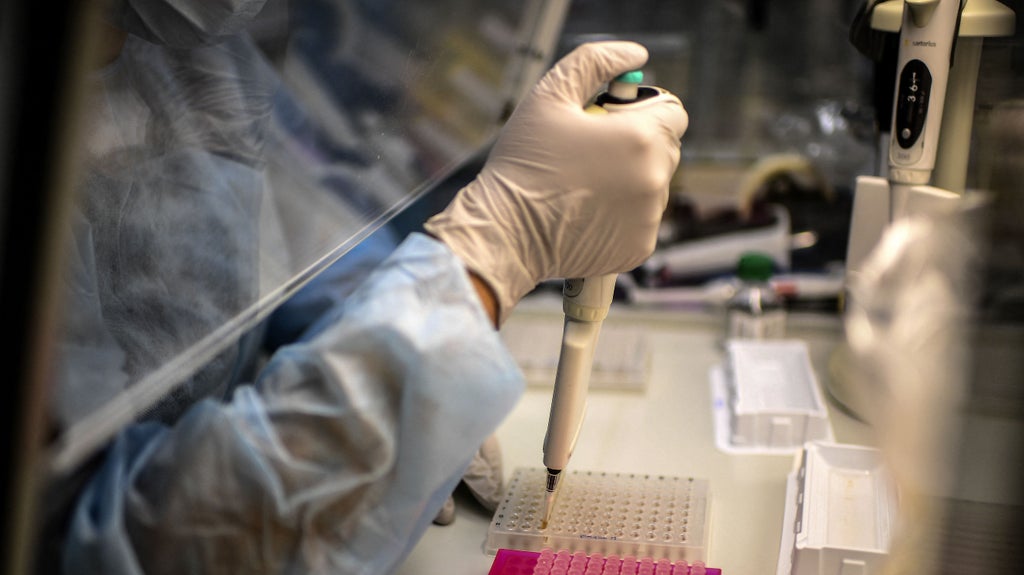 ears are growing about the new Botswana Covid-19 variant which experts believe is the most mutated version of the virus to date.

The B.1.1529 strain, which could soon be named Nu, carries 32 mutations of which many are highly transmissible and vaccine resistant.

So far, only 10 cases of the strain have been recorded worldwide but it has already been identified in three countries.

The first infections were spotted in Botswana, followed by another six cases in South Africa and one in Hong Kong involving a traveller returning from South Africa.

Scientists say the variant has more changes to its spike protein than any other and that it possibly emerged from a person with undiagnosed AIDS.

Professor Francois Balloux, a geneticist at University College London, said: “B.1.1529 is a new lineage that has been found in Botswana that carries an unusual constellation of mutations.

“Given the large number of mutations it has accumulated apparently in a single burst, it likely evolved during a chronic infection of an immunocompromised person, possibly in an untreated HIV/AIDS patient.”

He said the variant is difficult to predict at this stage. He suggested this new variant would not necessarily be recognised by the immune systems of those infected by Alpha or Delta variants.

Dr Tom Peacock, of Imperial College London, warned that the variant “very very much should be monitored due to that horrific spike profile”.

Key mutations of the Botswana variant include E484A, K417N and N440K, which can escape antibodies.

The N501Y mutation is also of concern and speeds up the spread of the virus.

Prof Balloux added: “So far, four strains have been sequenced in a region of Sub-Saharan with reasonable surveillance in place. It may be present in other parts of Africa.

“For the time being, it should be closely monitored and analysed, but there is no reason to get overly concerned, unless it starts going up in frequency in the near future.”

There are no cases in the UK but the Health Security Agency said it was monitoring the situation closely.

Botswana recorded 207 new Covid infections and zero deaths in the last seven day period up to November 22, according to the World Health Organization.

I became addicted to lip filler at 16

Where are the seven vaccination mega-centres opening next week?