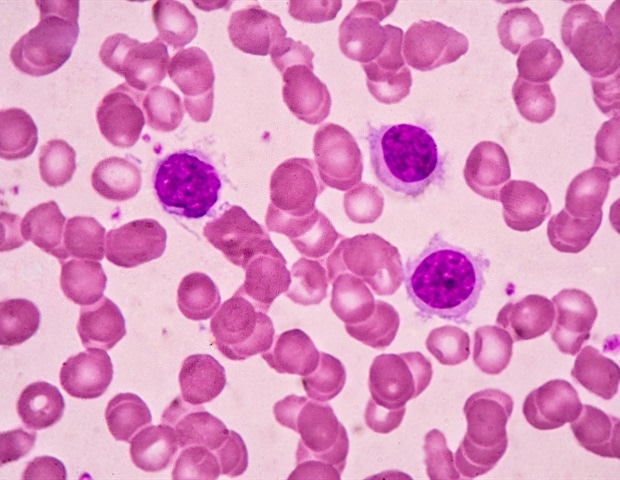 Hairy cell leukemia is a rare form of B-cell blood cancer that is diagnosed in 600 to 800 people annually in the United States. Researchers note that while the disease generally has a good prognosis for the majority of people affected, a small group of patients with variants of the disease do not respond well to existing U.S. Food and Drug Administration (FDA) approved therapies or cannot tolerate the side effects of established therapies.

“There is a critical unmet need for therapy options in this subset of patients to achieve long-term cancer control,” said Dr. Kerry Rogers, principal investigator of the clinical trial and a hematologist/scientist at the OSUCCC – James. “Our study shows that ibrutinib (pronounced eye-broo-ti-nib) is a safe, effective and well-tolerated option for patients with relapsed or variant forms of hairy cell leukemia. It is a very important discovery for patients facing this diagnosis.”

For this phase 2 clinical trial, a multi-institutional team led by the OSUCCC – James recruited 44 patients with high-risk hairy cell leukemia to test the effectiveness of the drug ibrutinib, 15 of whom were treated in Columbus, Ohio, at the OSUCCC – James.

All study participants had either classic hairy cell leukemia and had received other treatments previously or the variant form of the disease where it is not likely that the standard therapies–the chemotherapy drugs cladribine (pronounced KLAD-rih-been) and pentostatin (pronounced PEN-toh-STA-tin)–would be effective.

Researchers reported their findings in the June 24 issue of Blood.

Ibrutinib is an oral therapy in a class of drugs known as Bruton’s tyrosine kinase (BTK) inhibitors. These drugs block specific chemical reactions in the body that are involved in cellular processes. Use of the drug for this study was considered experimental; however, ibrutinib is FDA approved for the treatment of certain cancers, including mantle cell lymphoma, chronic lymphocytic leukemia/small lymphocytic lymphoma and others.

“The underlying cellular biology of these diseases is similar, so we wanted to determine if this FDA-approved drug that is used to treat other forms of blood cancer could also serve as an effective treatment for this small segment of hairy cell leukemia patients who did not respond to traditional therapies,” said Rogers, who is an assistant professor in Ohio State’s College of Medicine.

“Even though hairy cell leukemia is a disease with a generally good prognosis, there is a small group of patients for whom current therapies are inadequate for cancer control,” Rogers added. “This is an effective, well-tolerated new treatment option for patients impacted by the highest-risk forms of hairy cell leukemia. It’s a very exciting development that could transform survivorship for this subset of patients from months and years, to years and decades.”