SARS-CoV-2 can be transmitted by cats


Researchers in The Netherlands have warned that domestic cats may play a role in the transmission of severe acute respiratory syndrome coronavirus 2 (SARS-CoV-2) – the agent that causes coronavirus disease 2019 (COVID-19).

“Domestic cats are susceptible to SARS-CoV-2 virus infection, and given that they are in close contact with people, assessing the potential risk cats represent for the transmission and maintenance of SARS-CoV-2 is important,” writes the team from Wageningen University and Wageningen Bioveterinary Research.

Jose Gonzales and colleagues reviewed studies that investigated cat-to-cat SARS-CoV-2 transmission either experimentally or under natural conditions within infected households.

Data collated from these studies indicated that the SARS-CoV-2 reproduction number (R0) among the animals was significantly higher than 1, suggesting that cats may well play a role in the transmission and maintenance of the virus.

However, questions regarding the risk of human to-cat and cat-to-human transmission remain to be addressed, say the researchers.

“Further data on household transmission and data on virus levels in both the environment around infected cats and their exhaled air could be a step towards assessing these risks,” they write.

A pre-print version of the research paper is available on the bioRxiv* server, while the article undergoes peer review. 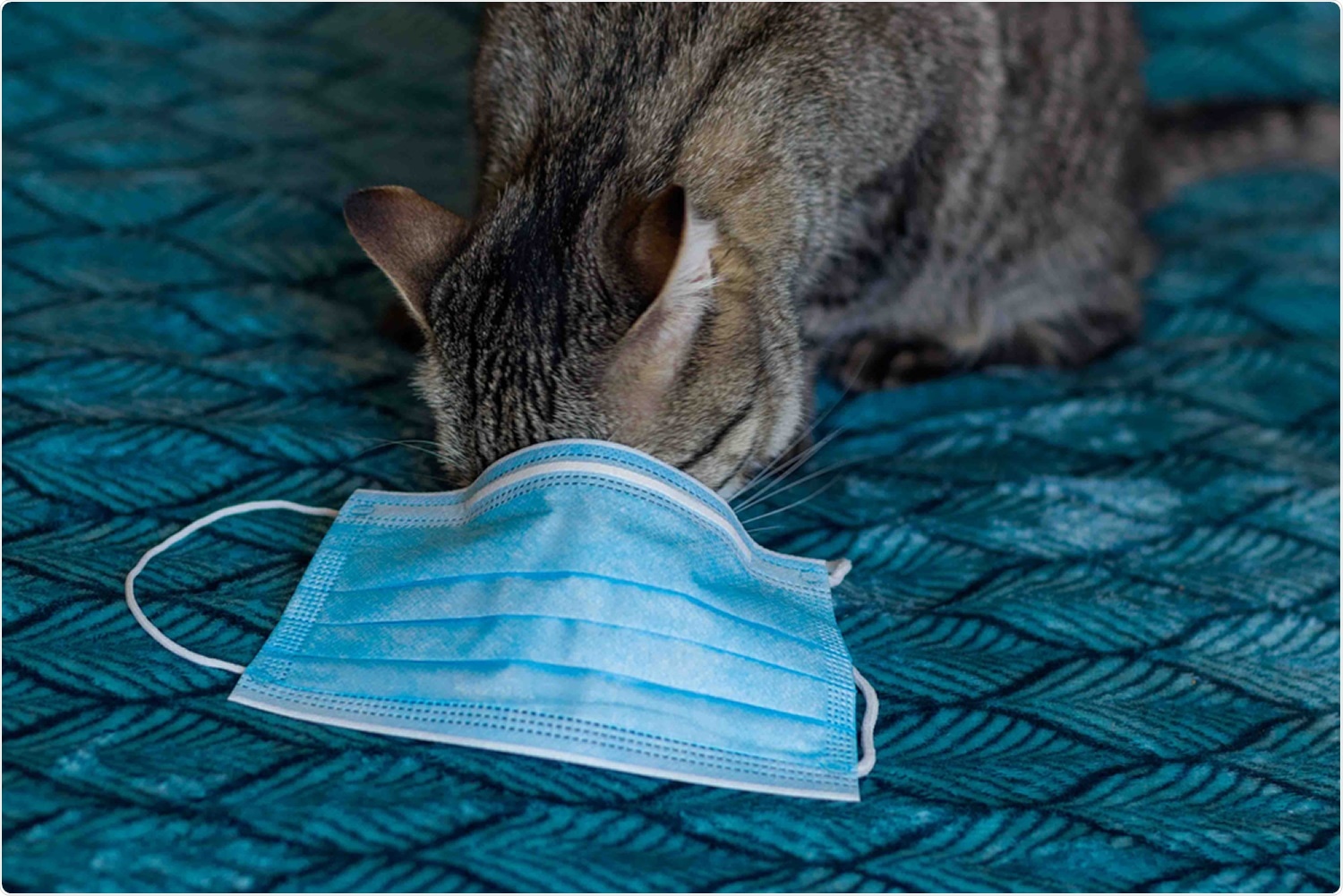 Cats have previously been indicated in SARS-CoV-2 transmission

A relevant concern during the ongoing COVID-19 pandemic is the role that domestic animals could play in the maintenance and transmission of SARS-CoV-2.

The role that cats may play is of particular interest since they live in close contact with humans and are frequently in contact with other cats.

Some field and experimental data have shown that cats are susceptible to SARS-CoV-2 infection, occasionally exhibit mild clinical signs, and may be able to transmit the infection to other cats.

“Indeed, transmission experiments confirmed this possibility. However, the lack of a proper statistical assessment of transmission in the reported experiments limits confident extrapolation of the results from the experiment to the population,” writes Gonzales and colleagues.

The researchers say that when assessing the transmission risk, it is important to establish whether cat-to-cat transmission can be sustained. The basic R0 is key to answering this question as it refers to the average number of secondary infections that result from exposure to one infected individual.

“When the R0 is more than 1, one can expect sustained transmission with a high risk of a major outbreak and endemicity to occur, whereas when R0 is less than 1, the infection is likely to peter out.”

Other parameters key to quantifying transmission are the latent period (time from becoming infected to becoming contagious) and the transmission rate (the number of contact infections caused by one infectious individual per unit of time).

What did the researchers do?

Data from five experimental studies and eight observational were collated and analyzed to confirm whether this transmission can be sustained and to provide estimates of relevant transmission parameters.

Four of the experimental studies assessed direct-contact transmission and one assessed indirect (droplet) transmission. All cats were intranasally inoculated with SARS-CoV-2 (doses ≥ 105 PFU [plaque-forming units]) and transmission was monitored by longitudinally measuring virus shedding in nasal, fecal or oropharyngeal samples.

Of the observational studies, data from 12 households shared by infected people and at least one infected cat were included, and the infection incidence was followed longitudinally.

What did the study find?

For all experimental studies, the latent period was estimated to be approximately one day, with no significant differences observed between inoculated and contact-infected cats.

Gonzales and colleagues found that the experimental design heavily influenced the estimated transmission rate. The design used in two of the studies led to the overestimation of this parameter and significant standard errors.

However, the researchers found that the pair-transmission design used in three of the studies enabled reliable estimates of the transmission rate and R0.

When the experiments were combined, the estimated R0 was 3.3, which was similar to an estimate of 3.8 generated for the household studies.

“To put this into perspective, scenarios in which contacts between stray and household cats take place could lead to persistence of the virus in the cat population,” says the team.

The estimates generated for the infectious period and virus shedding levels were also similar when either the household data and experimental data were used.

The reported viral shedding levels among household infected cats and those observed experimentally were as high as 108.5 RNA copies per swab sample.

Given that infected cats shed high levels of virus and that droplet transmission is possible, the risk for cat-to-human transmission of SARS-CoV-2 may not be low and requires further investigation, says Gonzalez and colleagues.

“Experimental assessment of, for example, the probability of transmission via a contaminated environment around an infected cat and measurements of virus concentrations in infected cats’ exhaled air would provide further information to quantify the risk for cat-to-human transmission,” they write.

“This data combined with more detailed transmission and environmental data from infected household cats could help to further quantify the combined risks of human-to-cat and cat-to-human transmission,” concludes the team.

New study to measure how sedentary behavior can impact health

The Power of Touch: How Physical Contact Can Reshape the Clinical Exam — Part 1