The coronavirus disease (COVID-19) pandemic, caused by the severe acute respiratory syndrome coronavirus 2 (SARS-CoV-2), first emerged in Wuhan City, China, in December 2019. The virus is thought to have originated in horseshoe bats and jumped to as yet unverified intermediate hosts before spilling over to human hosts – a process known as zoonosis.

Now, researchers in Italy identified a case of reverse zoonosis wherein animals contract the virus from humans. The team detected SARS-CoV-2 in a healthy poodle living with four family members who had COVID-19. 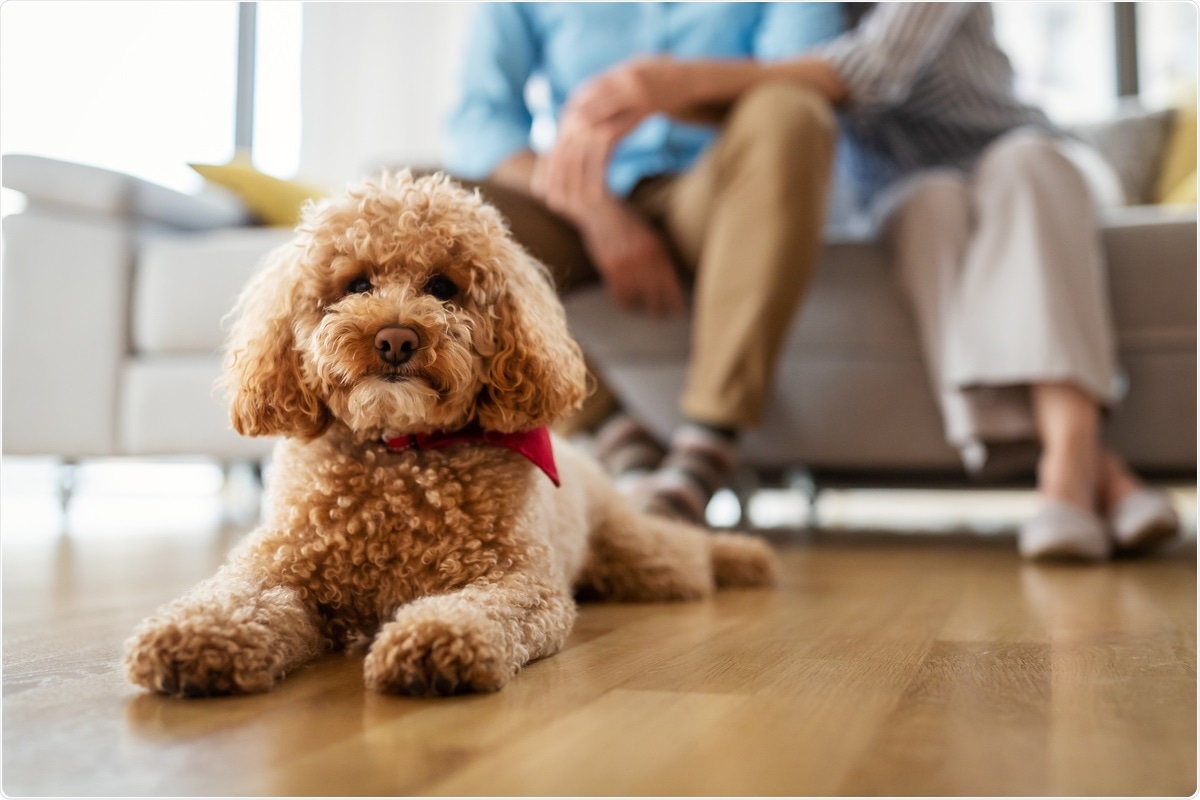 Over the past year, some cases of human to animal SARS-CoV-2 transmission have been reported. These involved companion animals like dogs and cats, big cats, mink on farms, gorillas, and few other mammals.

Most of these animals were in close contact with infected humans in homes or in zoos and sanctuaries. However, only rare cases were reported in cats and dogs, making them at low risk of SARS-CoV-2 transmission.

It is crucial to monitor infections in animals to shed light on their epidemiological significance for animal and human health. Evidence from epidemiological investigations, experimental studies, and risk assessment show that animals do not play a significant role in the spread of SARS-CoV-2, which is sustained predominantly by human-to-human transmission.

In the latest report of human to animal transmission, a 1.5-year-old female poodle who lived with four family members in Bitonto, Italy, contracted SARS-CoV-2. All family members developed signs and symptoms of COVID-19, including fever, cough, and loss of smell and taste.

The family members collected oral and nasal swab samples from the dog on November 4, 2020. The pooled samples tested positive for SARS-CoV-2 via the real-time reverse transcription-polymerase chain reaction (RT-PCR) test, which was selective for the N gene.

From there, the team used serologic assays to confirm the presence of SARS-CoV-2 antibodies. They also used next-generation sequencing genomes, and complete genomes were obtained using the pipeline SARS-CoV-2 RECoVERY.

The team identified two strains within the GV Clade and the B.1.177 lineage, which was detected in Italy during that period.

In a nutshell, the team concluded that infection in dogs and other animals is scarce, reflecting their low susceptibility to SARS-CoV-2. In the current case, the dog was asymptomatic, produced limited titers, and had a reduced duration of viral shedding.

Delayed sampling of animals, caused by restrictions on human and animal movement during the pandemic, probably contributed to the negative results of molecular testing in that study,” the team emphasized.

Tony Blair: We need a ‘two-week sprint’ in the race to share vaccine doses

Opioid use may increase the risk of pancreatic cancer