The severe acute respiratory syndrome coronavirus 2 (SARS-CoV-2) virus is the causal agent of the coronavirus disease 19 (COVID-19) pandemic. Several vaccines have received emergency use authorization from global regulatory bodies, and, subsequently, vaccination programs have commenced in many countries. However, owing to the emergence of SARS-CoV-2 variants, breakthrough infection rates are rising. 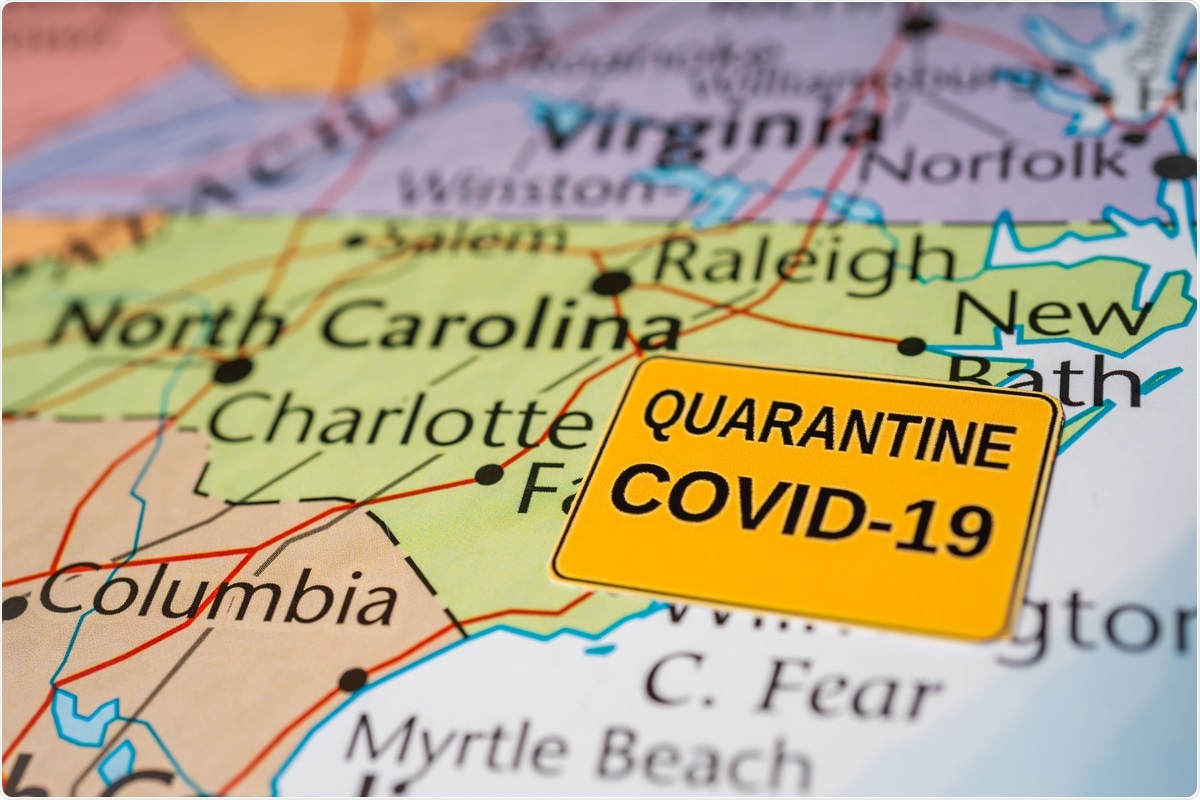 A recent study has been published on the medRxiv* preprint server that seeks to investigate the characteristics of individuals with breakthrough infections post-vaccination in North Carolina, USA.

For this study, fully vaccinated adults were selected with a COVID-19 mRNA or J&J non-replicating viral vector vaccine (n =16,020). Participants were enrolled at six North Carolina healthcare systems between April 13, 2020, and August 14, 2021. The counties were classified as urban, suburban, or rural. Researchers also collected demographic data and healthcare worker status at the time of enrollment.

COVID-19 symptoms included loss of taste/smell, cough, fever, chills, fatigue, shortness of breath, muscle pain, headache, sore throat, congested nose, nausea/vomiting, and diarrhea. The main outcome variable was weeks until the first self-reported infection, which occurred 14 days after vaccination. The secondary outcome was defined as the time to symptomatic infection. Mask usage was adopted as a proxy for risk-mitigating behavior (individuals wearing a mask 90% of the time, in the two weeks after vaccination, while meeting people outside).

Cox proportional hazard models were adopted to estimate hazard ratios (with 95% confidence bands) in terms of techniques used. One minus the Kaplan-Meier curve was used to estimate cumulative incidence. The vaccination quarter had a large effect, owing to which the univariate and multivariate analyses were adjusted for the vaccination quarter before estimating hazard ratios.

As mentioned earlier, a total of 16,020 participants were enrolled in the study. 310 (1.9%) reported a positive SARS-CoV-2 test after vaccination. This translated to an event rate of 7.3 breakthrough infections per 100,000 person-years. Researchers observed that the infections were symptomatic in 286 (92%) cases. Median follow-up times following full vaccination were 24 weeks among infected participants and 23.6 among uninfected participants. The interquartile ranges (IQR) were 17–28.4 weeks and 17.4-29.9 weeks, respectively.

Limitations of the study

The results documented in the study may not be generalizable to other parts of the country and, in that sense, are local effects. Further, the findings may be limited by selection and self-reporting biases. Since participants were recruited through their affiliated healthcare system, it is possible that the participants were more engaged in healthcare than the general population, i.e., sample selection bias.

The study only included self-reports of a new positive test for COVID-19, thereby missing paucisymptomatic or asymptomatic infections. One should also be mindful that the results documented in this study are contingent on the transmission rates within the community, which could change during the pandemic.

In this study, scientists constructed a large observational study in North Carolina (USA) and documented an event rate of 7.3 breakthrough infections per 100,000 person-years. Such infections were common among the younger population, individuals living in the rural areas, and those administered the Ad26.COV2.S vaccine. These individuals should be targeted, and additional risk-mitigating strategies should be adopted to protect them from infection and prevent the further transmission of SARS-CoV-2.