The Queen moves ‘best friend’ Angela Kelly, 69, into Windsor Castle as she grapples with her mobility issues

THE Queen has moved her “best friend” Angela Kelly into Windsor Castle apartments as she grapples with her mobility issues.

Angela, 69, who has been Her Majesty’s dresser and closest aide for 28 years, is staying in a suite next to her private quarters.

The Queen is struggling to walk far and is refusing to use a wheelchair at home.

Angela first moved in during the Covid lockdown as part of the HMS Bubble team and helped Her Majesty with day-to-day care.

A source told The Sun: “She lives there now. She has moved in.”

Angela is said to have a 42in telly in her rooms.

READ MORE ON THE QUEEN 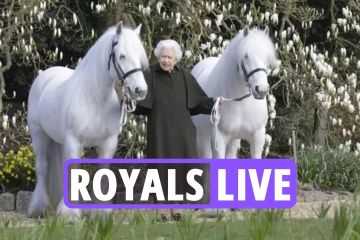 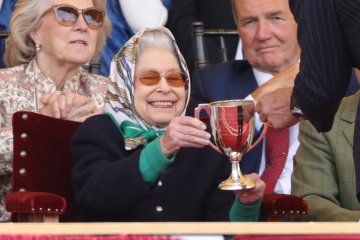 Most read in The Sun

DAME IN A DAY


I could've spoken to Wills all day, says Deborah James as she gets Damehood


Urgent warning for residents NOT to drink, cook with or clean teeth with tap water